Another company, AutoWeb, disclosed last week that it had paid its chief executive $1.7 million in 2019 — a week after it received $1.4 million from the same loan program.

And Intellinetics, a software company in Ohio, got $838,700 from the government program — and then agreed, the following week, to spend at least $300,000 to purchase a rival firm.

The vast economic rescue package that President Trump signed into law last month included $349 billion in low-interest loans for small businesses. The so-called Paycheck Protection Program was supposed to help prevent small companies — generally those with fewer than 500 employees in the United States — from capsizing as the economy sinks into what looks like a severe recession.

The loan program was meant for companies that could no longer finance themselves through traditional means, like raising money in the markets or borrowing from banks under existing credit lines. The law required that the federal money — which comes at a low 1 percent interest rate and in some cases doesn’t need to be paid back — be spent on things like payroll or rent.

But the program has been riddled with problems. Within days of its start, its money ran out, prompting Congress to approve an additional $310 billion in funding that will open for applications on Monday. Countless small businesses were shut out, even as a number of large companies received millions of dollars in aid.

Some, including restaurant chains like Ruth’s Chris and Shake Shack, agreed to return their loans after a public outcry. But dozens of large but lower-profile companies with financial or legal problems have also received large payouts under the program, according to an analysis of the more than 200 publicly traded companies that have disclosed receiving a total of more than $750 million in bailout loans. 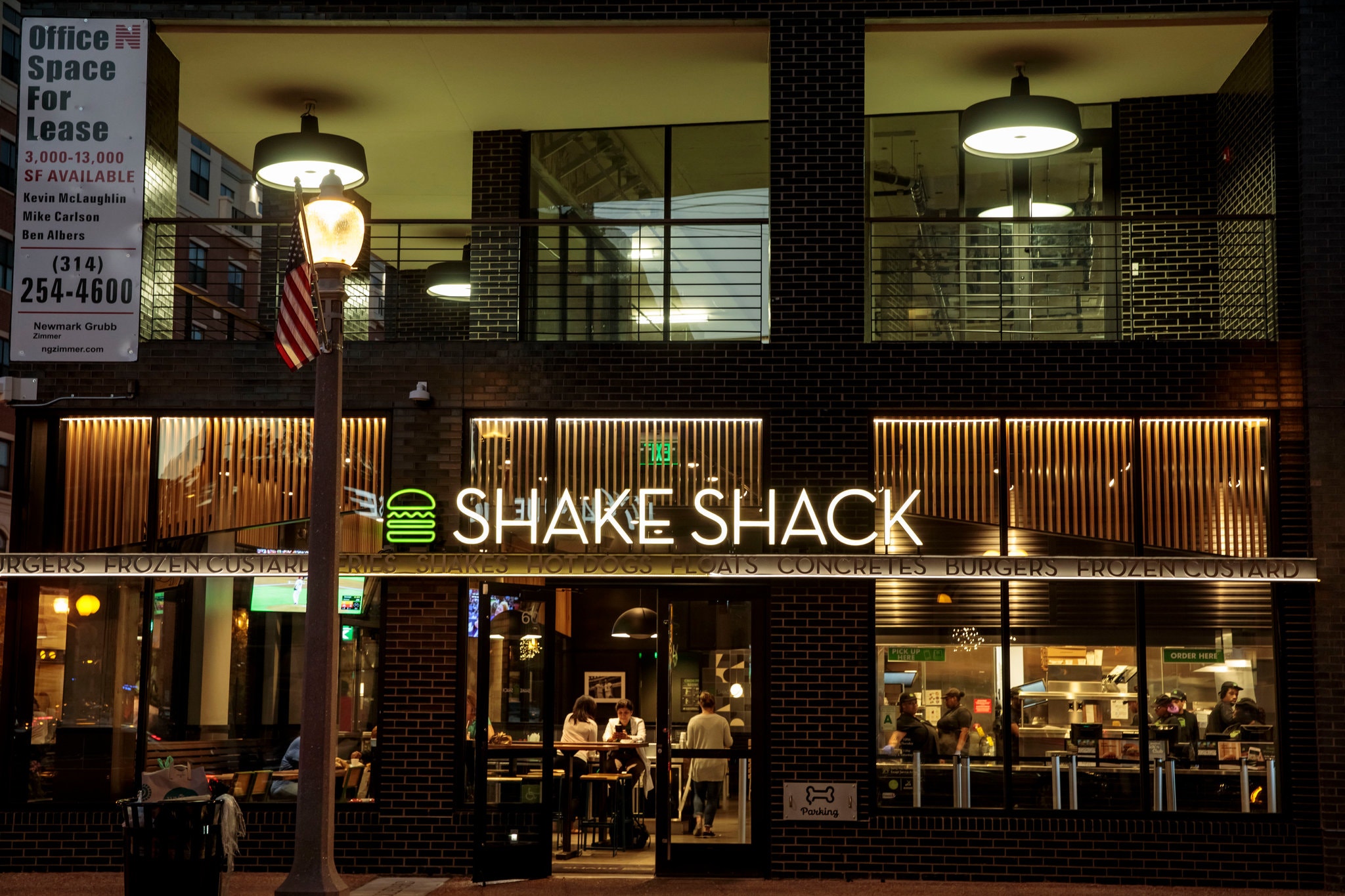 Another dozen or so collected money even though they have recently reported being able to raise large sums through private means. Several others have recently showered top executives with seven-figure pay packages.

The government isn’t disclosing who receives aid, leaving it up to individual companies to decide whether to disclose that they obtained loans. That makes a full accounting of the loan program impossible.

“It’s outrageous,” said Amanda Ballantyne, the executive director of Main Street Alliance, an advocacy group for small businesses. She added that there were countless small business owners “who have laid off all their staff, are trying to file for unemployment and will go bankrupt because of the problems with the way this Paycheck Protection Program was designed.”

Applicants for loans do not need to provide evidence that they have been harmed by the pandemic. They simply need to certify that “current economic uncertainty makes this loan request necessary” to support their operations.

Instead of having the Small Business Administration, which is guaranteeing the loans, decide which companies get funding, the process was essentially outsourced to banks. The banks collect fees for each loan they make but don’t have to monitor whether the recipients use the money appropriately.

For small business owners shut out of the program, watching big companies collect loans while their applications languish has been infuriating.

“It has been beyond frustrating,” said Diane Burgio, a single mother who runs a design business in New York City that employs four people. She was one of more than 280,000 applicants who sought, and did not get, a loan from JPMorgan Chase.

The New York Times identified roughly a dozen publicly traded companies that had recently boasted about their access to ample capital — and then applied for and received millions of dollars in the federal loans.

Legacy Housing, a Texas company that manufactures premade homes, announced on April 1 that it had access to a new $25 million credit line. Curtis D. Hodgson, Legacy’s executive chairman, told investors that he expected any damage from the coronavirus to be short-lived. “Our order book is still strong, and we are well-positioned once the situation begins to normalize,” he said.

Less than two weeks later, on April 10, the company announced that a local lender, Peoples Bank, had approved it for $6.5 million under the S.B.A. loan program.

In an interview on Sunday, Mr. Hodgson said that an inquiry from The Times led the company to decide to give back the money it borrowed, though he defended seeking the loan in the first place. “Legacy is a highly leveraged company without cash on hand,” he said. “Here was a way to get a cash infusion.”

Escalade Sports, which makes things like table tennis tables and basketball hoops, already had a $50 million credit line from JPMorgan Chase. The company’s chief executive, Dave Fetherman, told investors this month that the company, based in Evansville, Ind., had “a strong balance sheet” and was seeing rising demand for its products, with so many Americans cooped up in their homes.

Days earlier, Escalade got a $5.6 million federally backed loan. A spokesman for Escalade said the company “fully met all required conditions at the time we applied for the P.P.P. loan.”

Executives at some companies said applying for the loans made clear business sense. The loans are essentially free money: They have rock-bottom interest rates and can be forgiven if, among other things, the borrower maintains the size of its work force. In some cases, executives said, their bankers encouraged them to apply for the loans.

MiMedx Group, a biopharmaceutical company in Marietta, Ga., got a $10 million loan on April 21. On April 6, the company had agreed to pay the Justice Department $6.5 million to resolve allegations that it violated federal law by knowingly overcharging the Department of Veterans Affairs for medical supplies.

MiMedx, which makes and sells human tissue grafts, also ran into problems with the Securities and Exchange Commission. Last year, the agency sued MiMedx, accusing the company of exaggerating its revenue to investors over several years. MiMedx agreed to settle the case for $1.5 million, without admitting wrongdoing. Two of its former top executives were indicted last year by federal prosecutors in Manhattan on charges of accounting fraud.

A MiMedx spokeswoman, Hilary Dixon, said the company was trying to move past its accounting scandal. “We don’t have the option of raising capital in the public markets owing to our financial restatement process,” she said.

Another company, US Auto Parts Network, which received a $4.1 million loan through the program, has been in a heated dispute in recent years with Customs and Border Protection. The agency has seized some of the company’s imported products, claiming they are counterfeit.

US Auto Parts Network didn’t respond to requests for comment.

At least two companies that received federally backed loans have previously borrowed heavily from their own executives or others close to the firms — meaning that the new loans could help the companies repay their insiders.

Infinite Group, a cybersecurity firm in Pittsford, N.Y., had been borrowing hundreds of thousands of dollars from its board members and the brother of a top executive at annual interest rates as high as 7.5 percent. This month, Infinite secured a nearly $1 million federally backed loan whose 1 percent interest rate could allow the company to dramatically lower its funding costs. Company officials didn’t respond to requests for comment.

Intellinetics, the company that announced that it was buying a rival days after it received its emergency loan of $838,700, borrowed nearly $400,000 last fall from two brothers who run a small New York brokerage firm, Taglich Brothers. If the money isn’t repaid by May 15, Intellinetics will need to give the brothers stock in the company or start paying a steep 12 percent interest rate. (Some of that debt has already been converted into stock.)

“Securing the PPP funding gives us extra confidence and ability to restart and hit the ground running,” James F. DeSocio, the company’s chief executive, said in a news release.

Infinite Group and Intellinetics have not said precisely how they intend to use the loan proceeds.

A number of other companies have had serious accounting problems. The chief financial officer of CPI Aerostructures, an aerospace manufacturer that got a $4.8 million loan, resigned in February after the company disclosed major problems with how it reported revenue.

And several firms have been paying their top executives millions of dollars despite financial problems that predate the coronavirus crisis.

For example, AutoWeb’s chief executive, Jared Rowe, got $4.7 million in total compensation over the past two years — including $1.7 million in 2019 — even as its stock price plummeted more than 70 percent. The company declined to comment.

And Manning & Napier, an investment firm in Fairport, N.Y., that has about $20 billion in assets under management, disclosed in March that its chief executive, Marc O. Mayer, earned nearly $5 million last year. On April 19, the company was approved for $6.7 million in the paycheck protection loans — even as the company said it would pay out a quarterly dividend to its shareholders.

Last week, amid mounting public anger toward large recipients of the rescue loans, Manning & Napier said it had decided not to take the money.

While the federal loan program is supposed to help companies avoid layoffs, some of the large recipients of loans have already dramatically reduced their workforces — and not always because of the coronavirus.

Harvard Bioscience, based in Holliston, Mass., has been trying since last year to pacify an activist investor that is pressuring management to boost the company’s stock price. The company closed facilities in North Carolina and Connecticut and said in February, before the coronavirus upended the economy, that it was laying off about 10 percent of its work force.

This month, Harvard Bioscience received a $6.1 million loan through the paycheck protection program. In a securities filing disclosing the loan, the company didn’t say why it sought the money or how it would use it. A spokesman didn’t respond to requests for comment.

A number of relatively large companies with connections to Mr. Trump also received millions of dollars in loans.

Phunware, a data-collection company that received a $2.9 million loan this month, counts Mr. Trump’s re-election campaign and Fox News as two of its biggest clients.

Continental Materials, a heating and air conditioning and construction material supplier based in Chicago, got a $5.5 million loan. The firm’s chief executive, James Gidwitz, is a major Trump donor, and his brother Ronald was appointed ambassador to Brussels by Mr. Trump after serving as Illinois campaign finance chairman for the 2016 Trump campaign.

It isn’t clear whether political considerations helped Phunware and Continental Materials get their loans approved. Neither company responded to requests for comment.