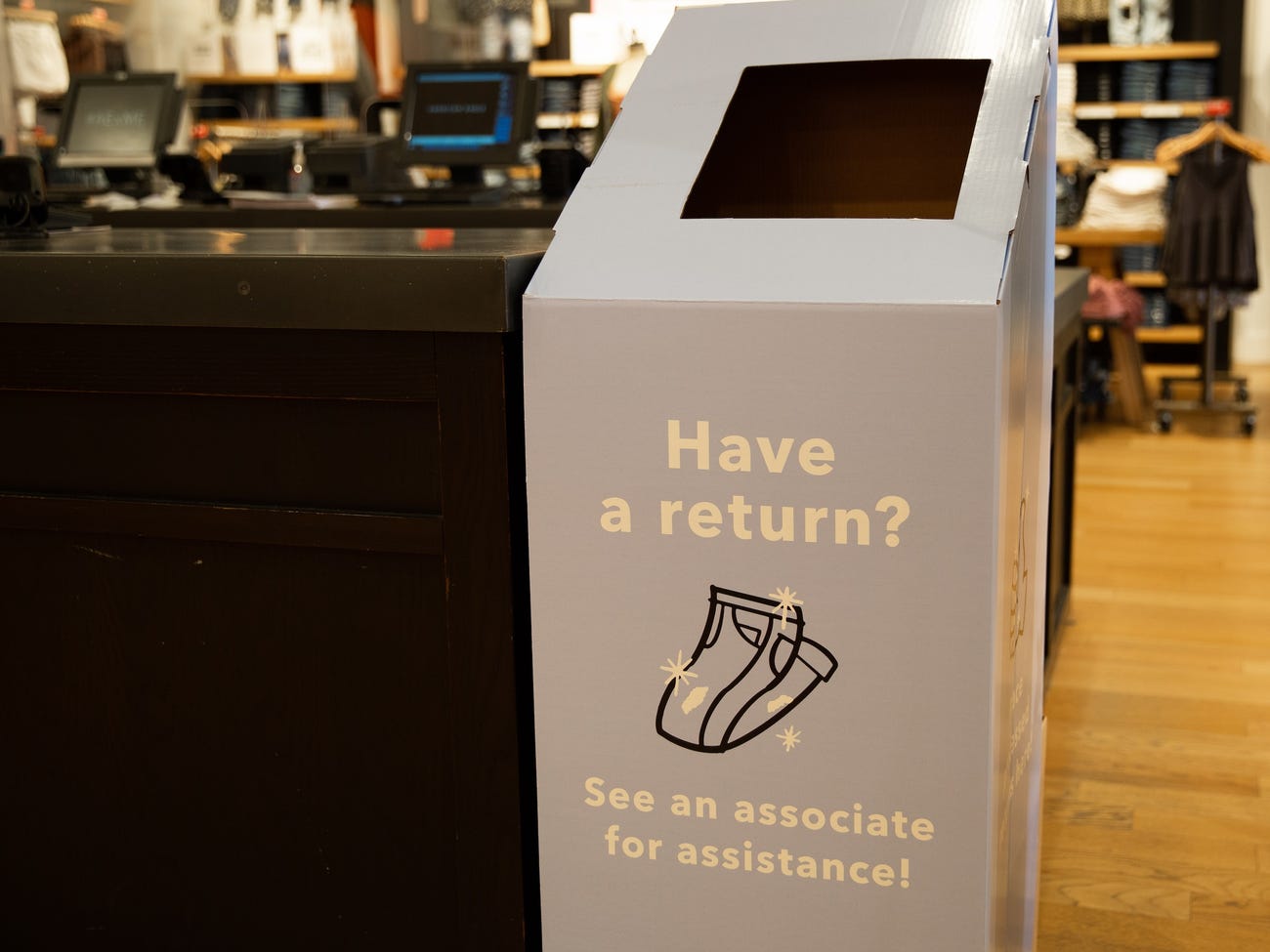 Retailers are bracing themselves for a flood of returns as they reopen stores.

Now that stay-at-home orders have been loosened — to varying degrees — in all 50 states, some shoppers may be ready to part with items they purchased online while at home, or even in stores before restrictions began.

Optoro, a Washington, DC-based startup that helps retailers including Target, Best Buy, and Ikea manage their returns processes, recently conducted a survey of 2,000 US consumers about their return habits while staying at home. More than 60% said they were holding on to at least one return while stores were closed.

Since, according to Optoro, shoppers tend to prefer making returns and exchanges in stores over mailing items back, stores that are reopening appear poised to be inundated with returns. Meanwhile, some stores, including Target, that remained open as “essential” retailers, barred shoppers from making returns for a period of time.

“There is going to be a huge surge,” CEO Tobin Moore told Business Insider. “I would liken this to the holidays, when you see a return surge all at once after a big event, although this will be even more condensed.”

For many stores that were closed for weeks in response to the pandemic, a surge in returned merchandise could end up exacerbating a problem they have been trying to abate — that is, unsold inventory piling up in stores.

“They’re going to have to deal with a lot of excess they’re trying to get out, and with getting new goods for the next season, and with a surge of returns coming in,” Moore said.

Lots of retailers have decided to extend their returns period to give shoppers more time to bring items back. 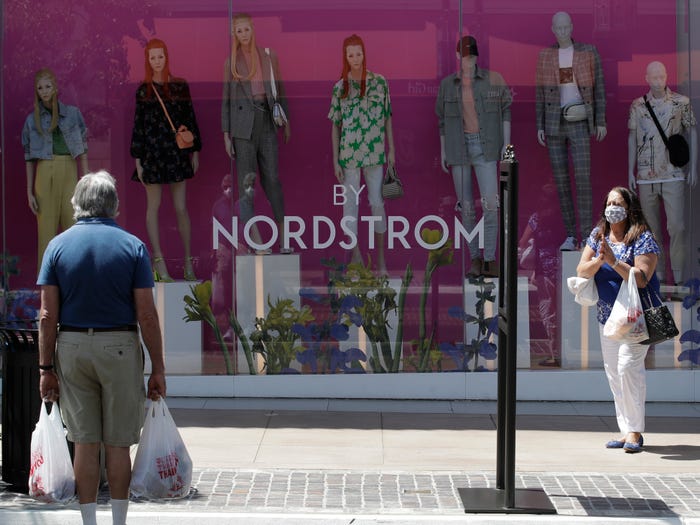 Shoppers walks past a Nordstrom window display at The Grove shopping center Wednesday, May 27, in Los Angeles.

Far from an ordinary returns process

But then another question arises: How do you process clothing and other items that may have been in people’s homes for an extended period of time during a pandemic?

“As part of our comprehensive reopening plan, we worked with medical experts to create a seamless and efficient process which helps to ensure the health and well-being of both our store associates and customers,” McLean said.

He added that clothes “remain out of circulation for 72 hours before being steamed and returned to the floor.”

Gap Inc. stores are also holding merchandise for a period of time before putting it back out for sale.

Moore said that he had heard of a retailer discussing processing returns outside during the summer, hoping that warm temperatures and sunlight could slow the spread of any bits of virus living on packages.

But despite the extra safety measures retailers might have to implement during the pandemic, having customers make returns and exchanges in-store is still largely the preferred method. Shoppers who visit stores to make a return might spot something else they want to buy, plus it helps businesses to cut down on the waste that results from packaging items up and shipping them back.

Shoppers can also get refunds and make exchanges more quickly when the process is done in stores.

Overall, Moore said retailers’ getting their whole returns process on the same system will be key in making sure they keep the whole process as efficient as possible.

“The name of the game, especially now, is minimize the amount of touches in between getting that return back and getting it back to market,” Moore said.